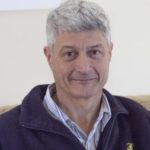 Brad graduated from the University of Sydney in 1983 with honours. After growing up on family beef and horse farms he began his career in the Central Highlands of NSW at a mixed animal practice. Brad took over Asquith Veterinary Hospital in 1992 as a small one vet practice. The service rapidly expanded and then in 2000 he took over ownership of Berowra Veterinary Hospital. Apart from managing the two Practices, Brad has a keen interest in surgery as well as solving medical quandaries. He regularly attends conferences, workshops and lectures to learn new techniques to this end. Brad states “I really value the relationships that people have with their pets and I get real satisfaction in solving health issues and allowing animals to have happier lives.” Brad shares his life with his wife, 3 daughters, Tilly the greyhound, and a rescue cat called Kimba. 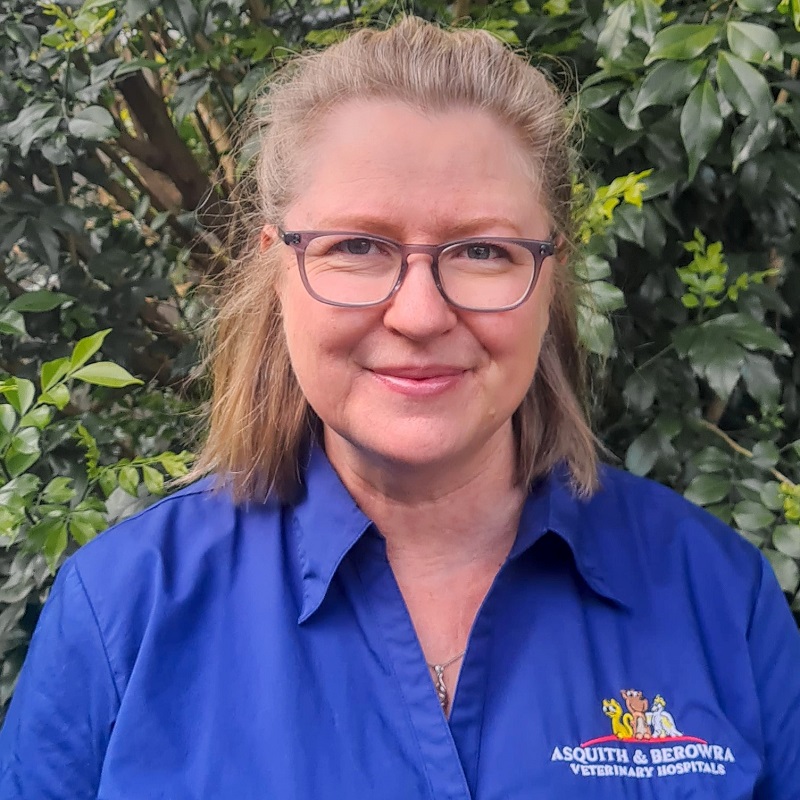 Kerrie graduated from the University of Sydney in 1992. She joined Asquith Veterinary Hospital in 1995. Kerrie enjoys all aspects of general veterinary practice. Having worked at Asquith Vet for over 25 years, many of her clients and their beloved pets are true friends. Kerry believes in having a good work-life balance so that she can continue providing the best care for her patients and clients. Kerry lives with her two whippets, Layla and Willow, her husband Ross, and her son Travis. Kerrie has a passion for DIY, cooking, and gardening. 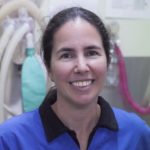 Christina graduated from the University of Queensland in 1998 with a Bachelor of Veterinary Science (Hons). Her first position was in Beaudesert, a small country town not far from Brisbane. The work involved a mix of dairy cattle, beef cattle and companion animals. Three years later, she realised how hard it was being a country vet with the heat, sweat and early morning dairy calls, so she moved back to a small animal practice in Brisbane before being enticed down to Sydney. Christina has worked at Asquith Veterinary Hospital since 2003 and loves it. She finds the clients friendly and the work very interesting and rewarding. Christina adds “Mostly, I love the day to day consulting with patients and really trying to help the clients enjoy their pets and for their pets to have a healthy and happy life. I also love the challenges of internal medicine and soft tissue surgery.” When she is not at work, Christina enjoys spending time with her husband, three children and pets. 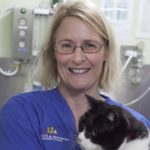 Jo is a local who grew up in Berowra and went to Asquith Girls High School. Jo completed her veterinary degree at the University of Sydney in 1992 and has worked in country NSW, Essex, England and Sydney. She has been at Asquith Vet Hospital since her return to Australia in 1997. She has done several Postgraduate Foundation distance education courses in small animal medicine and ophthalmology and became a Member of the Australian College of Veterinary Scientists by examination in Small Animal Medicine in 2002. Jo is also involved in Veterinary publication. Jo has an interest in preventative veterinary health.

Kelly grew up locally in Berowra and graduated from the University of Sydney in 2007. As a new grad, Kelly worked at a rural practice in the Lower Hunter, where she experienced all the perks of being a country vet including 4am calvings and treating racehorses. Following this, Kelly worked in both large and small animal practices as well as the RSPCA in Newcastle which she found to be a challenging but rewarding job. Kelly has also volunteered in Thailand and South America, to assist in stray dog sterilization programs as well as provide welfare to stray animals in need. In 2012, Kelly completed a Diploma of Veterinary Acupuncture, now recognised by the International Veterinary Acupuncture Association and is a certified veterinary acupuncturist. She is looking forward to using this skill more and more in clinical practice. 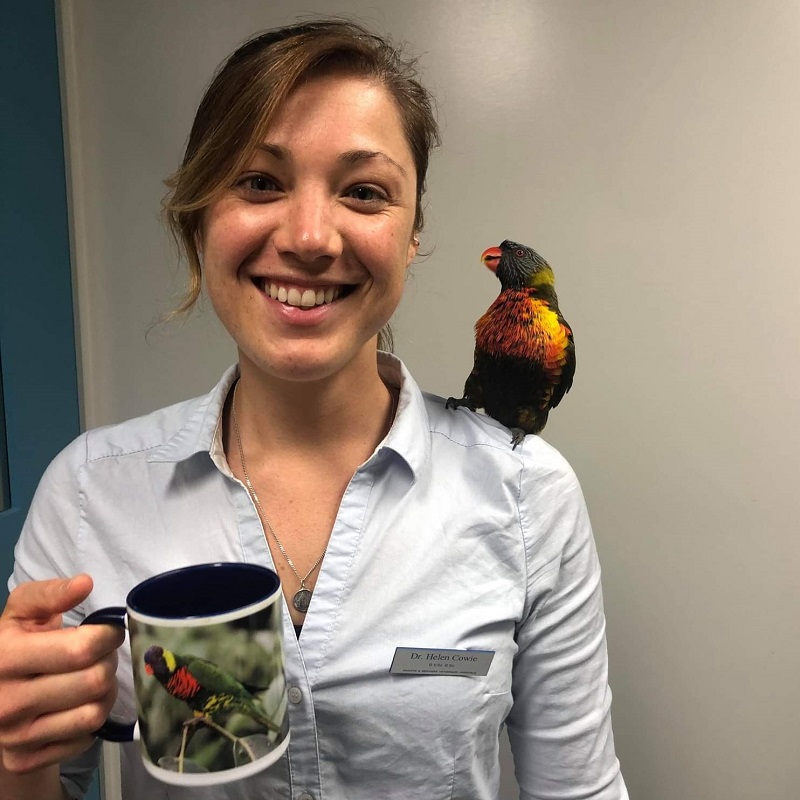 Helen Cowie is originally from Kent in the UK. She qualified from the University of Bristol in 2013 and moved to Sydney where she joined AVC in 2018. Helen loves the variety that general small animal practice has to offer and she has a keen interest in soft tissue and orthopaedic surgery as well as abdominal ultrasound. Helen lives with Mali, her 4-year-old rescue cat. 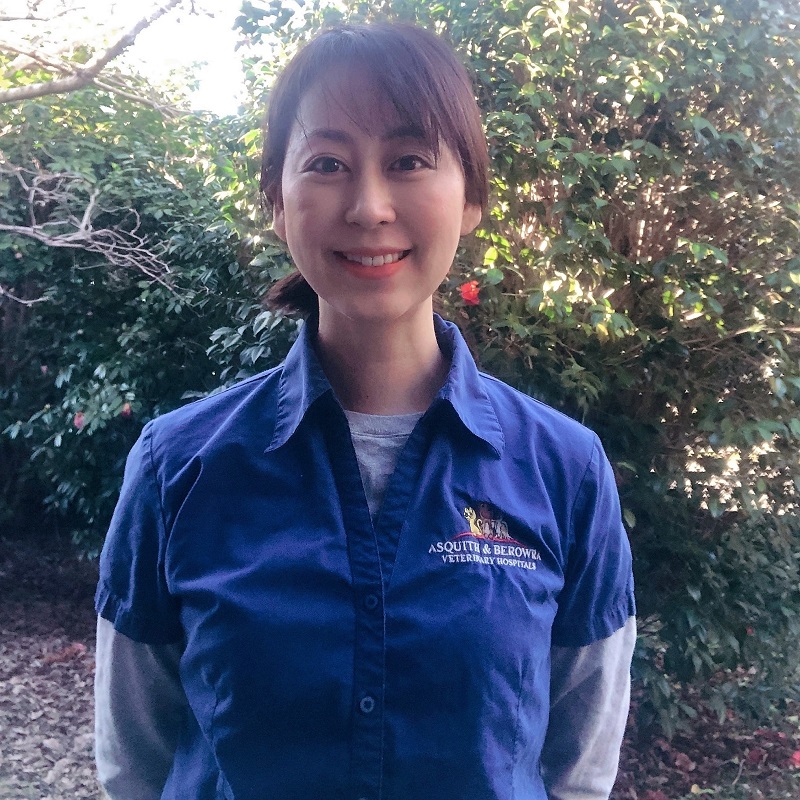 Jison who is originally from Korea, qualified as a veterinarian from the University of Illinois, USA in 2012. In 2018, she qualified with a Masters of Veterinary Studies from The University of Sydney. She joined AVC in 2018. 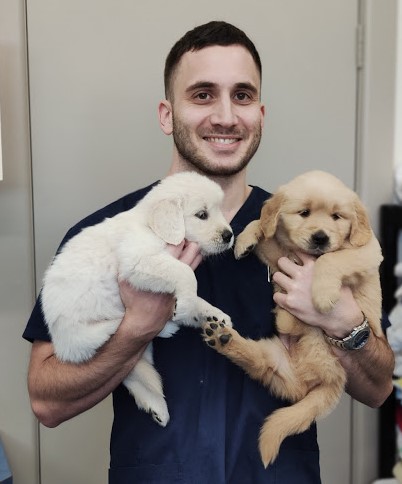 Gary qualified as a vet in South Africa in 2013. Upon graduating, he worked in a very busy small animal practice in Johannesburg, alongside 2 other vets. Living in South Africa, enabled him to provide veterinary care to a diverse range of wildlife. Gary moved to the sunny shores of Sydney in 2018 and joined AVC in May 2021. Gary has an interest in surgery and hopes to pursue orthopaedic surgery in the near future. Gary enjoys the beach and hiking in his spare time. 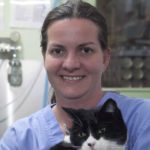 Kate has been with the Practice since 2001. She has a Diploma of Veterinary Nursing Certificate IV (Practice Management). Prior to joining the Asquith Team, Kate had four years vet nursing experience and two years experience in office management. She has a special interest in the development of practice policies and procedures and client education. In her spare time, Kate enjoys hanging out at the beach with her family and Cavalier King Charles Spaniel, Timmy. 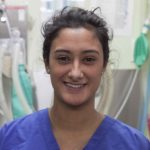 Jade began her nursing career here with us in 2014. She is currently studying her Certificate IV in Veterinary Nursing and has a special interest in pet nutrition and alternative therapies. In her spare time, Jade loves to whale watch as well as spending time with her pets – her two dogs Astro and Cookie, her cat Lilo and her turtle, Crikey. 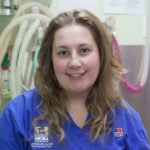 Emma began her career at A&BVCs in 2014 after finishing her university degree in Anthropology and realising her true passion lies with animals. She is currently studying her Certificate IV in Veterinary Nursing and has developed a strong interest in both surgical nursing and critical care nursing. Emma expects to continue studying and expanding her knowledge base well into the future. Emma shares her home with her Border Collies, Layla & Franklin, two rescue cats, Chandler and Joey, and a Peachface called Mango. In her spare time Emma likes to train and compete in Brazilian Jiu-Jitsu, as well as netball and touch football. She also has a knack for fostering & rehoming stray kittens. 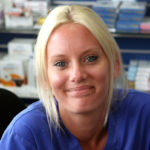 Becky joined A&BVCs in 2007 and works predominantly at the Berowra Hospital. Prior to this, she worked for 4 years in pet shops in Sydney’s Northern Beaches. Becky will be commencing a Certificate IV in Vet Nursing in 2015. Becky has a love of birds and is particularly interested in large parrots. She shares her home with three cats and 3 exotic parrots. She hand-reared one of her cats, Chance, from just 4 days old. In her spare time, she enjoys boating in Sydney harbour, being outdoors and rugby league.

Sarah has been working as a veterinary nurse at both our Asquith and Berowra Veterinary Hospitals since 2016. Sarah completed her Certificate IV in veterinary nursing in 2018. She has a strong interest in surgical nursing as well as getting to know her patients and building relationships with their owners. Sarah’s fur family members include her two cats Sue & Kitty and her Bull Arab named Jax. In her spare time, Sarah enjoys spending time with her family, friends & pets as well as exploring local lookouts and beaches. 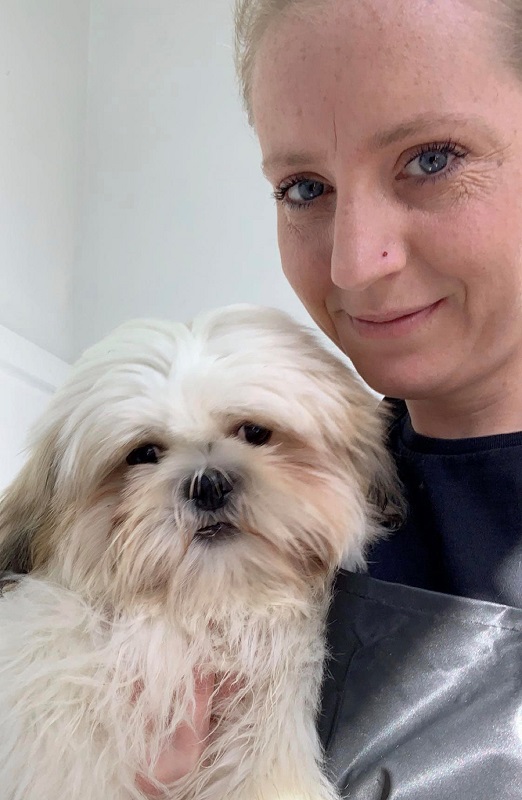 Hi, my name is Ashley and I’m the new groomer here at Asquith and Berowra Vet Hospitals.

I am a local Mum of 2 with over 7+ years of experience grooming around Sydney and the Sunshine Coast QLD. I am very passionate about what I do and will be working closely with the vets here to make sure your beloved furbabies have a comfortable and stress-free experience.

Looking forward to meeting you all 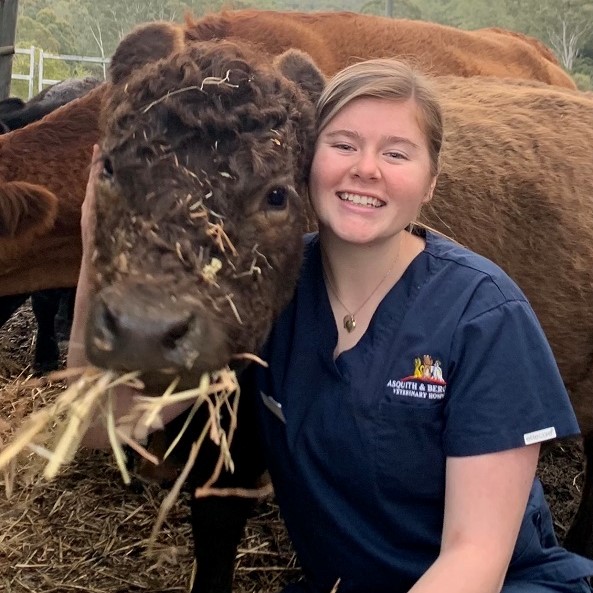 Charlie is currently studying her Cert. IV in Veterinary Nursing at Richmond Tafe. Charlie joined the Asquith Vet team in October 2020. She has a passion for farm work with a special interest in cattle and sheep practice. Charlie even owns a few cows herself and aspires to acquire her own herd of cattle in the near future. Charlie can be found camping and spending time outdoors
with her cows in her free time. She has three Kelpies, a Groodle, and a cat. 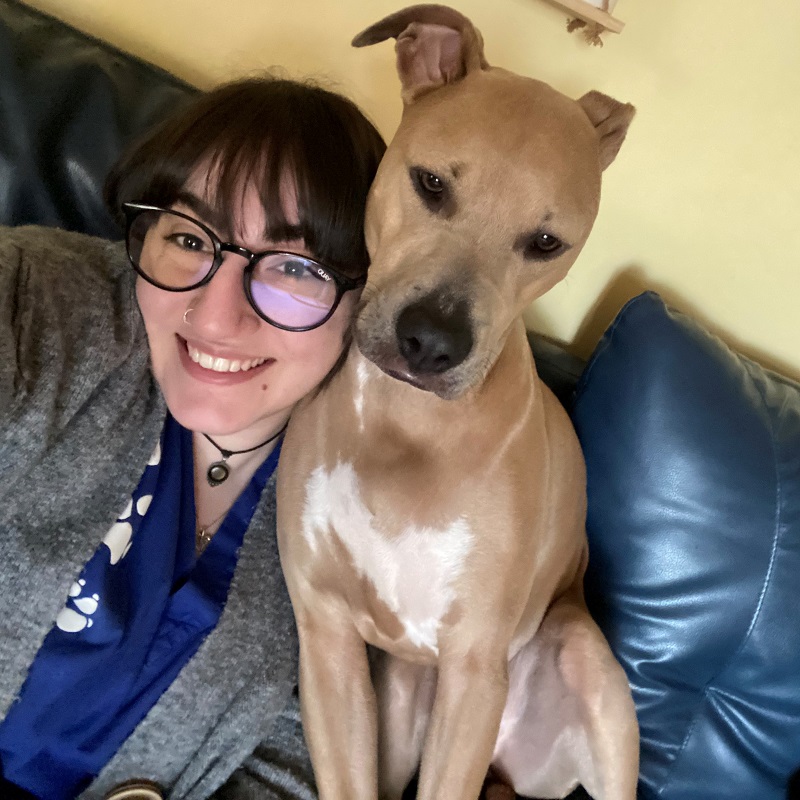 Gaby has been an animal lover from a young age. She achieved her Cert III in Animal Studies from Gosford Tafe in 2018. She joined AVC in May 2020. Gaby aspires to become a vet one day but in the meantime, she plans to pursue her studies in Veterinary Nursing, one step closer to her dream. Gaby lives with Freya, her 2-year-old American Staffy. In her spare time, Gaby loves to spend time with her family, read, cook and add crystals to her collection. 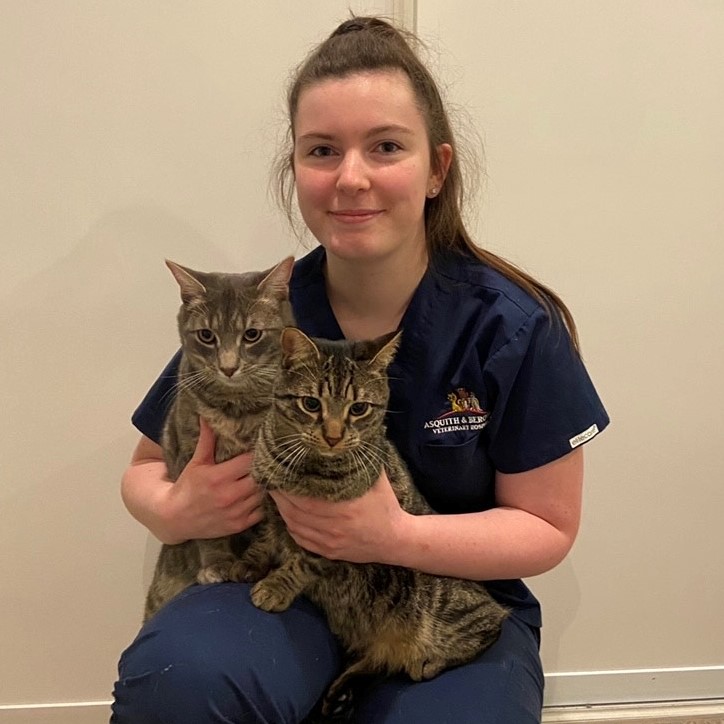 Brittany graduated with a Cert IV in Veterinary Nursing from Gosford TAFE in 2020. She joined AVC in 2019 as a student shortly before qualifying. Brittany has a particular interest in surgical nursing as well as emergency and critical care medicine. Brittany has two cats, Mason and Ralphie. Brittany can be found spending time with family, friends, and her cats outside of work.

We will do our best to accommodate your busy schedule. Please schedule an appointment today!

Please note that you do not have an appointment until you receive confirmation from us. Thank you!

We will do our best to accommodate your busy schedule. Please schedule an appointment today!

Please note that you do not have an appointment until you receive confirmation from us. Thank you!